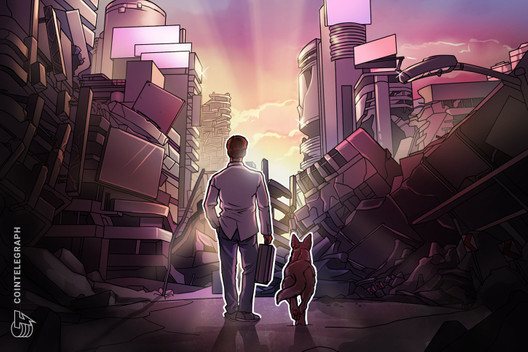 Bitcoin for the survival win?

Celebrity and podcaster Adam Curry described the importance of Bitcoin (BTC) to podcaster and comedian Joe Rogan. He posited the asset’s importance amid an internet-based world which thrives on personal data sales, banking activities, and centralized control.

“The apocalypse is coming, and you’re gonna need a Bitcoin — at least one,” Curry said in a Sept. 8 interview with Rogan. “Are you a Bitcoin salesman, Adam Curry?” Rogan responded, put off at first by the comment.

“I was very anti-Bitcoin, until I sold a s***load of them at like $900,” Curry said said, noting he acquired a stack of the asset in its early days. “I got them for nothing,” he said, adding: “People just gave them to me in the beginning and I denied it.” He then referenced the industry’s progress over the last decade, including mention of altcoins.

Rogan responded, opening an age-old can-of worms. He asked Curry why BTC remains in the number one go-to position among thousands of other crypto assets, wondering if another asset will overtake the asset’s spotlight.

“Ten years of data have shown that Bitcoin really is the only one that you can trust,” Curry said, referring to the asset’s resistance against manipulation and its trail-blazing technical makeup.

Much talk of a flippening — a digital asset overtaking Bitcoin’s market cap — has come and gone over the years, but no asset has yet achieved such a feat.