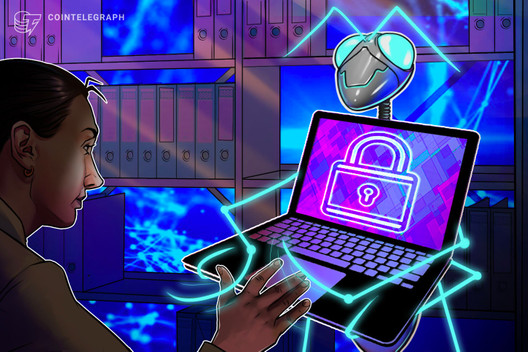 A new enterprise-focused blockchain is trying to carve a spot in this competitive market by focusing on an integrated digital identity system.

Called Concordium, the blockchain is among the first to use identity proofs as an integral part of its protocol. Cointelegraph spoke with Concordium’s chief marketing officer, Beni Issembart, to learn more about this system.

Issembart said that “the question of identity is what we thought was missing in the whole discussion when it comes to blockchain enterprise.”

At first glance, the blockchain is set up in a similar way to any other, where the hashes representing wallet accounts are randomly generated. But these accounts can then be tied to “identity objects,” which are zero-knowledge proofs stating that the particular account has been verified.

An external observer cannot really trace that identity object to a specific person or entity as it remains encrypted. But there’s a twist — governments can deanonymize users upon request.

Identities are verified via Know Your Client providers, tailored to each specific nation. The identity providers store the personal data behind a user ID reference, issuing an identity certificate that is then stored on the blockchain in encrypted form.

A set of on-chain anonymity revokers, nominated by the Concordium Foundation, has the power to decrypt these certificates to extract the user ID. Governments can then use the identifier with the identity provider to reveal real world data. The two-step process ensures that neither the revokers nor identity providers can associate blockchain transactions to a particular person — at least not on their own.

While Issembart said that some of the specifics of the deanonymization process remain to be finalized, governments will require official and specific mandates like court orders to request user data.

“We are on the privacy side of history, and for us it’s a basic right that must be protected by law and also by technology,” he said. Providing an example, he added, “if the IRS is coming to us in the U.S. we will not open the gates. Only if a legal court decision comes, then we will cooperate.”

Concordium is clearly an enterprise-focused blockchain, but it will be open for all. When asked if the project expects average crypto users to embrace this “backdoored” system, Issembart said:

“As a former Bitcoin maximalist and now a Beam maximalist, clearly, no way. No way. We are not naive.”

He explained his view that the crypto community is split into two branches. There are the “ethics people, or the maximalists who are here for the idea,” and then there are the speculators, who “wouldn’t understand what we are doing.”

Concordium is betting mostly on the newcomers — individuals and businesses who would not be able to join without a proper regulatory environment. “Not everybody is a cypherpunk or can afford to be one, we need to pay taxes and we need to show our faces,” he added.

Concordium is being developed and advised by leading executives and board members from corporations like Volvo, Ikea, Saxo Bank, MasterCard and others. While Issembart did not go into detail on how Concordium will be used by others, he alluded that the “initial use cases will be coming from those names.”