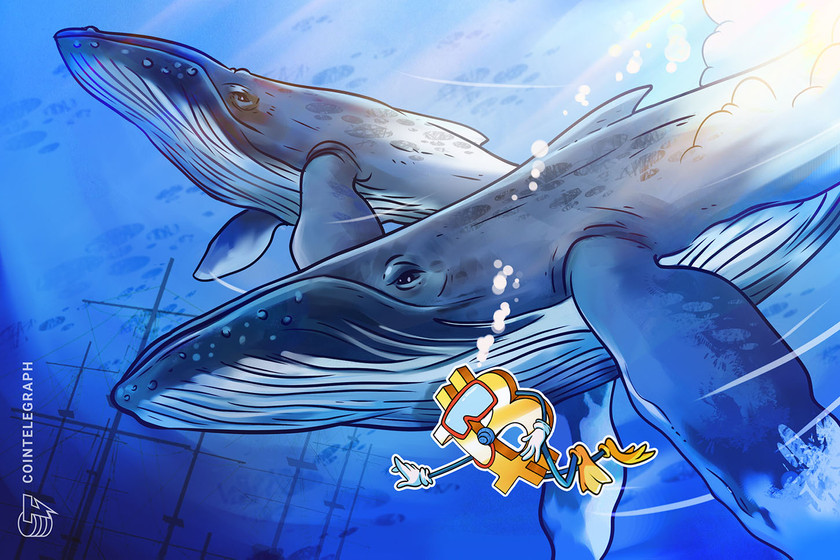 Bitcoin loses $17,000 as whales started to deposit BTC to exchanges once again.

The price of Bitcoin (BTC) dropped below $16,900 again on Nov. 27 across top exchanges, including Binance. The recent pullback comes as whale exchange deposits started to increase.

Bitcoin struggles to regain momentum above $17,000

After the price of Bitcoin briefly dropped to $16,200 on Nov. 27, it started to show some signs of recovery. It remained above the $17,000 level for over 11 hours before another leg down.

Following the sharp drop of Bitcoin, a low volatility price range was expected. The earlier drop on Nov. 26 to $16,200 decimated exchange order books, particularly in the futures market. Hundreds of millions of dollars worth of futures contracts were liquidated within several hours, as Cointelegraph Markets reported.

But, as soon as whales began to deposit BTC to exchanges, the price started to fall. This suggests that there likely have been many traders buying the dip in the derivatives market, who could be getting squeezed out. Ki wrote on Nov. 27:

“BTC Whales are depositing to exchanges. I expect dumping in the short-run. All Exchanges Inflow Mean(144-block MA) hit 2 BTC. I think we’re in a danger zone. The price is likely to go sideways or down when whales are active on exchanges.”

Some traders, like the pseudonymous Bitcoin investor known as “Bitcoin Jack,” predicted this scenario. He said that investors would likely rush to buy the dip early, leading to another drop.

On Nov. 26, after predicting a blow-off top near the all-time high, the trader said:

“Another time proven fact: When price corrects Bitcoin style, 90% will buy too early and when price goes lower, sell the bottom.”

Following up on the initial prediction, the trader also said that Bitcoin would likely drop or consolidate for a week before it begins grinding upwards.

Where is the bottom?

A pseudonymous trader known as “Beatlorion” said a drop below $15,000 has become a possibility. Although BTC might not drop that low, the trader said that he feels more confident shorting than longing in this environment. He said:

“Closed my longs, I don’t trust this bounce and re-entered short position. Looking for a dump below $15k. Expecting something like this. I got stops just in case I’m wrong, but I feel better about shorting this than longing.”

Meanwhile, popular Bitcoin trader, Tone Vays, said on Nov. 25 that he expects Bitcoin to eventually drop even further to the $14,000 support level.

As Cointelegraph Markets reported, this $14,000 zone should serve as crucial support as it marked the top of the bull cycle in summer 2019.